Day 4: Another eventful day at the 35th Annual Space Symposium! Today was a bit slower than the blur of yesterday. My day was structured a bit differently because I worked the Raytheon booth! The majority of my time was spent talking to wandering visitors about essentially everything I discussed in my early blog post about the SPEARR project. It was very interesting to meet such a wide range from “never have heard of” to “we are running into similar issues and looking at solutions” to “how can my company get involved”. It is very different being on the “booth host” side of things and I learned a lot about how to present to a range of people.

As much as I truly enjoyed promoting my company, I did not like being tethered to one spot. After my booth time was up, I got back to wandering the show floor. The two booths that really stood out to me were NASA (no surprise) and PARO.

It probably wouldn’t be hard to find a common connection between NASA and every other company at the symposium so it makes sense NASA would have an impressive booth. The VR system had incredibly high technology and there were tons of smaller project tables for in depth explanations. Most notably I had an amazing discussion with three gentlemen revolving around the major global players in space, specifically China. This will be a great follow up post discussing old mindsets, new mindsets, and common trends.

PARO is a Japanese company started in the 1990s and would be another interesting topic for a discussion. They created small, robotic seals that interact to human touch and are designed to help with mental illnesses (depression, anxiety, PTSD) and regaining physical health (cancer patients). Why was this at the space symposium? Great question! One of the major issues for long space travel (Mars or further) is the mental health of astronauts confined in a small space with the same three to five people. These seals could be one of many solutions for mental health in space.

I also met Astronaut Bob Cabana, making him my fifth astronaut this week. He was waiting for a shuttle so we only had a short conversation, but I asked him my special astronaut question: can you tell me about the thin blue line? His response was that it wasn’t very thin and that when the sun is behind the earth, you really can’t see anything but the black abyss that should be earth. He also talked about how at sunrise and sunset, the thin blue line turns into a thick rainbow line where you can see all the colors. Astronaut Cabana recounted how dust particles made that rainbow so much thicker and more vivid. He also, once again, commented on just how indescribable the line was to see. At this rate, I think the astronauts are taunting me with their amazing stories.

The night ended with more social gatherings and party hoping to network with other engineers. I even briefly shook hands with the director of ESA (European Space Agency). As we get closer to the end of the week, I am trying to cling to the excitement more and more. Everyone is curious, enthusiastic, and really don’t want this to end. I have now decided to rename the symposium to “Space Christmas”. 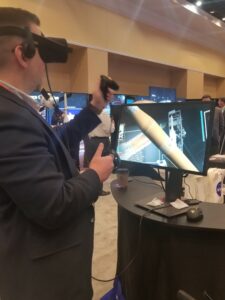 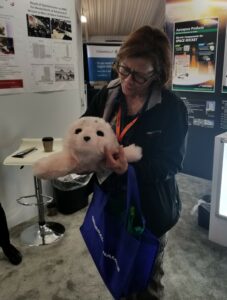 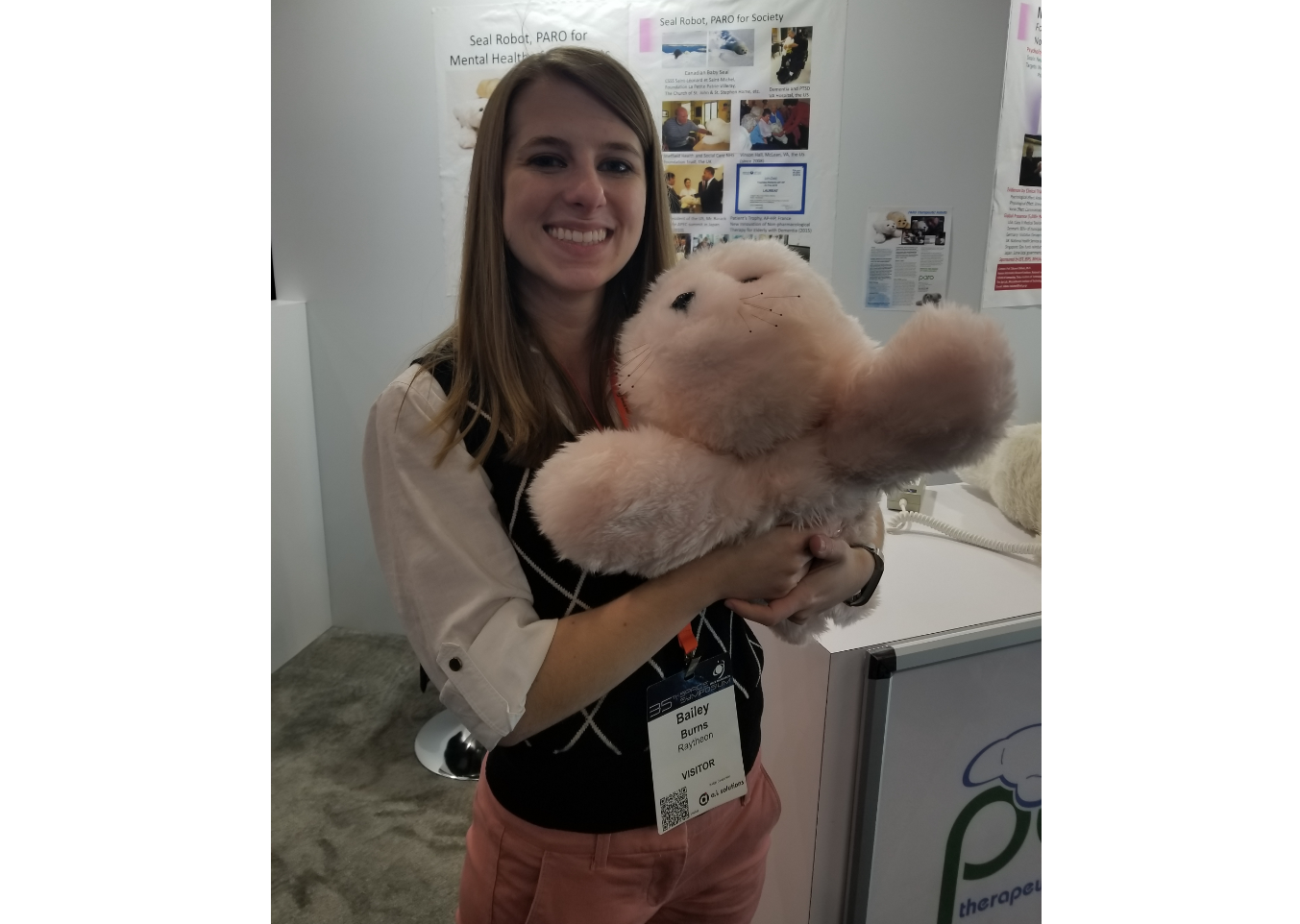 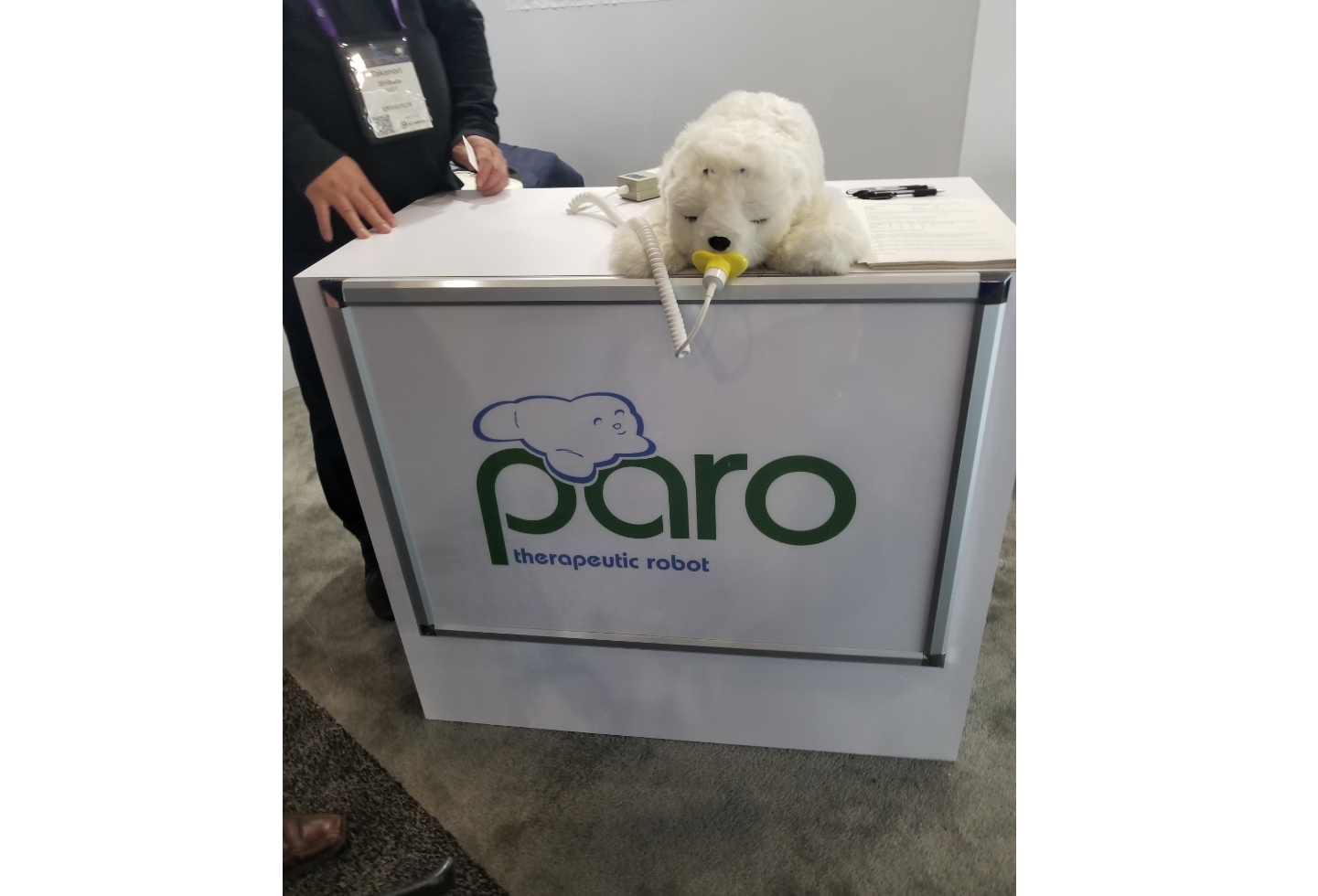 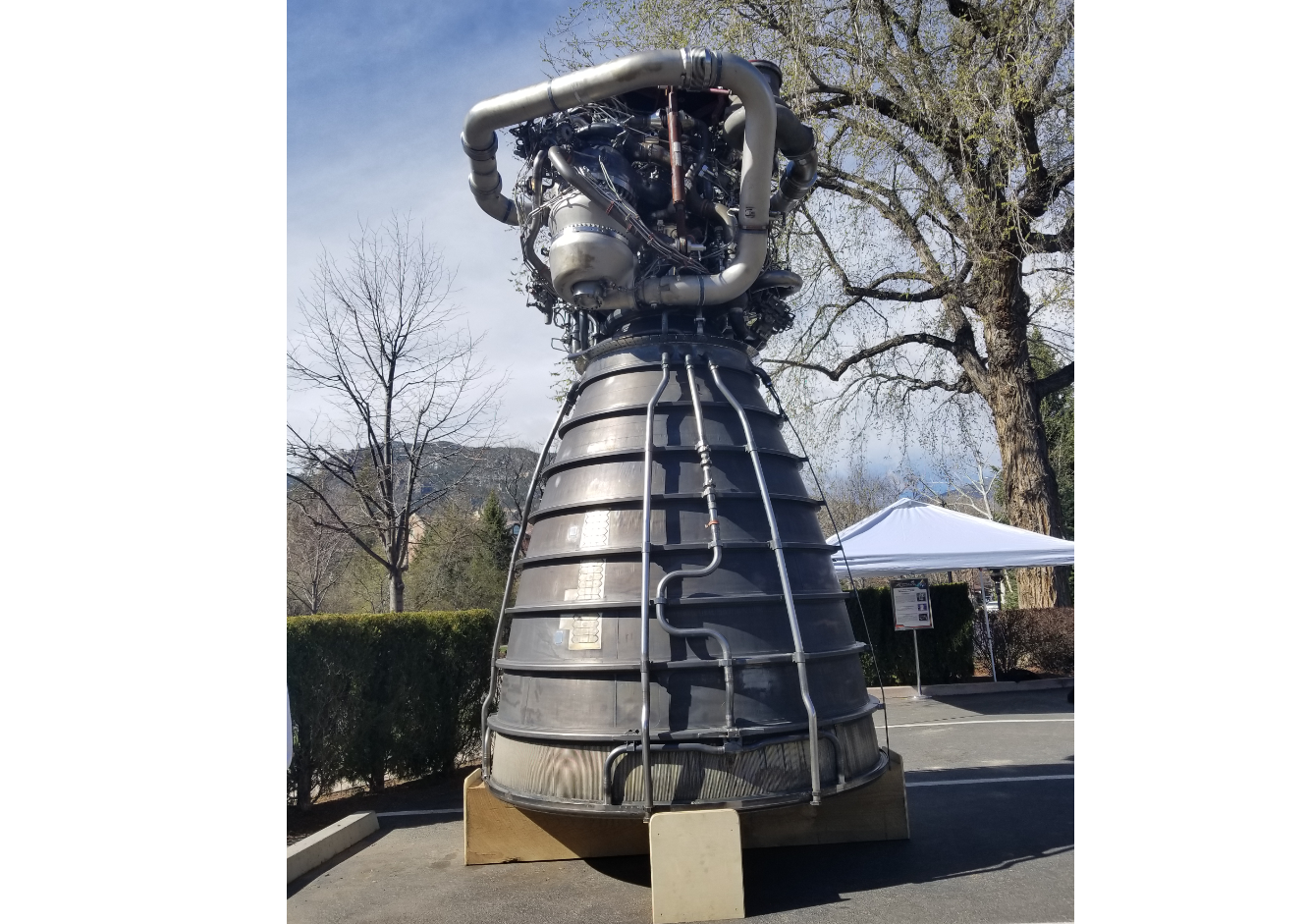