I try to let the events of the week influence what I write about for this blog. It serves as a really good reflection time and I stay alert to the lessons the universe is trying to teach me! This week, I attended my grandmother's funeral. I hadn't intended to share that with the internet, but the process opened me up to new thoughts that I think will relate to the future of space as well as bettering how we as humans interact with each other on tough topics. So thank you for joining me in this discussion that I wasn't expecting and for being part of the acceptance process.

My maternal grandfather passed away on May 16th. He kept to himself but had a huge heart for the community that he did let in. He had a passion for UFOs and space (he worked on the Titan missile!) which is probably where I get the space itch from. My paternal grandmother passed away on June 16th, one month later. She was bubbly and sweet, placing a huge emphasis on making memories with family and learning/exploring new worlds through books. I get pieces of my personality from both grandparents and I smile whenever I think of them. Having these two deaths so close to each other, I was able to observe how the two sides of my family coped with death. This led to deeper thought about how we as a species deal with death and how we can preserve that as we branch out into space.

Death in space is not new to anyone. We know this is dangerous and we know the risks. But simply saying those words does not make it easier. On the NASA side, we often use three tragic missions as a source of remembrance and inspiration to be better. Apollo 1 (1967) involved a cabin fire during a test that took the lives of three astronauts (bottom). Challenger (1986) was an O ring failure on the space shuttle just after lift-off killing the entire STS-51 crew (top). Columbia (2003) had a thermal protection system failure upon re-entry that also killed the entire STS-107 crew (middle). These deaths are carried with a heavy heart through the space industry. There has only been one accident resulting in three deaths in actual space, Soyuz 11 (1971) where a seal failed and led to rapid decompression of the cabin. 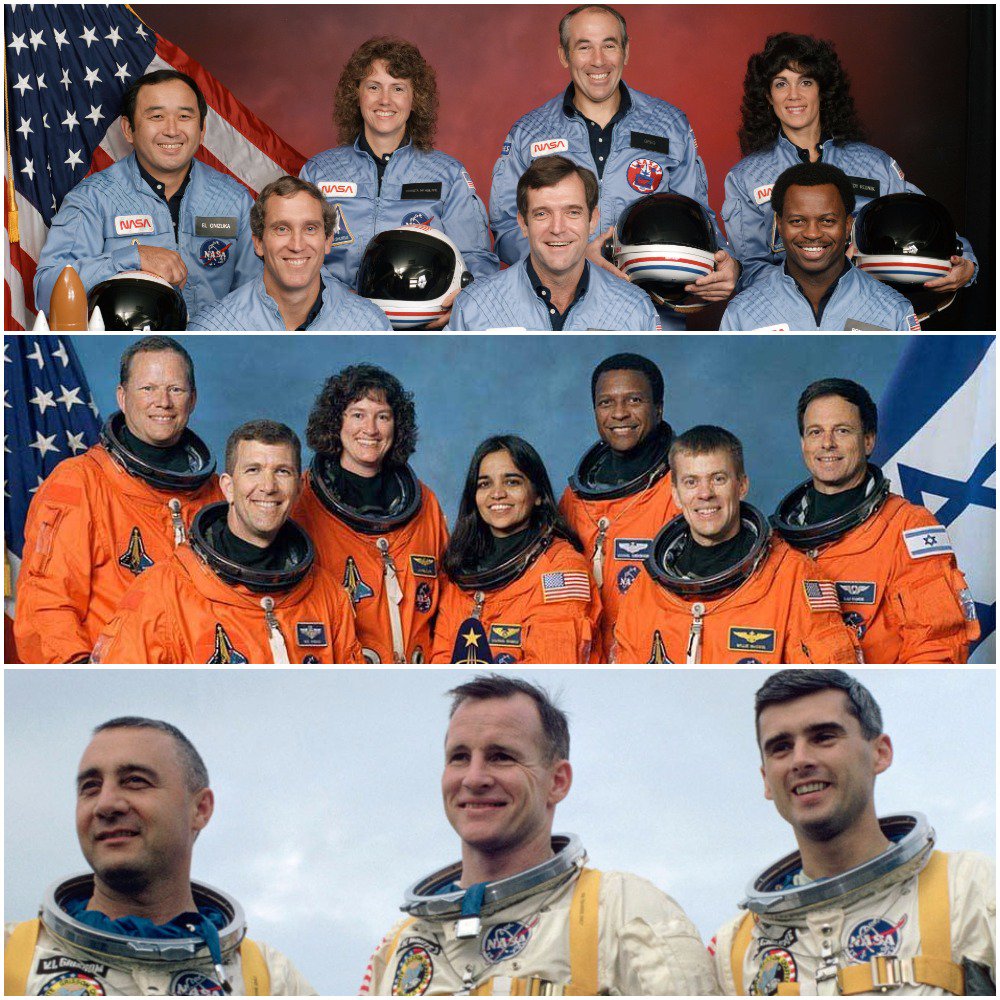 The list is much longer than just these individuals, including Michael Alsbury, a pilot with Virgin Galactic who died in a test flight in 2014. A more complete list of those lives lost can be found (and honored) here.  The more we venture out into space, the more deaths we are going to have. As we begin to build communities in space, people may find themselves dying of natural causes such as old age away from their home planet. Furthermore, space is intended to be a mixing pot of cultures, uniting all of humanity under the same identity of... well... being human. That means we can't only have one culture or one religion telling us how to handle death. Just think about those impacted: mission control, operations and training personnel, engineers, and scientists who all had a part in the mission. Even the general public will be aware of deaths in space. Surviving crew members will definitely be impacted. And most importantly, the family and friends back on Earth. Those are a lot of people who each will navigate this hard topic in their own way. It is time to get serious about how we, as humans, are going to handle death in space.

First, let's break down this process. The most common way to approach death is the five stages of grief, which many of us are familiar with. They are denial, anger, bargaining, depression, and acceptance. These stages are also used to explain addiction, trauma, and other difficult life events. I won't go into too much detail here but simply googling "5 Stages of Grief" will provide a number of excellent sources to learn more, including Grieving Maman. The general idea for these stages is everyone goes through them at different times and in different ways. One of the greatest benefits of both culture and religion is to offer some direction in navigating these turbulent waters.

The way different cultures handle death is usually heavily influenced by religion. For example, South American countries have a lot of Catholic traditions, European countries follow more Christian ways of dealing with death, and China and Japan have their own rituals which often reflect various eastern religions such as the reincarnation of Buddhism. Native Americans often have more nature-driven burials and even the military has its own culture of dealing with death. While reading all of this more in-depth on Love to Know.

I particularly found the section on Ireland interesting seeing as my dad's side is very Irish - I know, shocker with a name like Bailey. "In Ireland, death rituals can go on for days before an individual is buried. Prior to [being] taken to the funeral home, friends, neighbors, and family gather to share stories, sing, and pray." I have to say, this very much resonated with me as I had just witnessed a Burns funeral. But in looking at other cultures, the way in which we share and sing may be seen as disrespectful. Even in our own Burns culture, if someone is still in a more difficult time of grieving, these actions may result in more heartache to some while it guides others towards acceptance.

Religions also act as a guiding light to those who have recently lost someone. I have noticed almost all religions offer some sort of path after death to ensure the living can stay connected or will be again connected. I also witnessed very specific rituals, prayers, or songs that I believe allow those grieving to have a "next step" to follow through the process. As someone who was not brought up religiously but has a religious extended family, I found myself needing to express my own grief in a way that wasn't exactly lining up with the rest of my family. This added another level of confusion to my own grief.

Let's bring this back to space. We don't know how, we don't know when, but we do know there will be deaths in space. Many deaths in space if we do this correctly. And with the mix of cultures, and religions (including Atheists who may have a harsher view on death) we know we cannot successfully generate the perfect space culture of how to deal with death. So what are we to do? 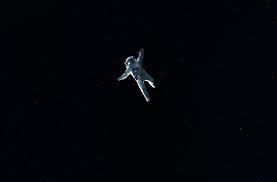 In the same Love to Know article, the death culture of Antarctica was brought up. Now for those who don't know, Antarctica is a fantastic analog for space and how we will cooperate together. It is essentially a harsh environment full of research stations with a small number of inhabitants from all over the world. This section was kept brief, mostly discussing the recovery of

the body with a mention of possible memorial services. In true Antarctic fashion, this seems like a great first step (like an analog) but we can improve upon it before we actually deal with death in space. In my research on death (you should see my search history!) I drew these parallels between a large number of cultures and traditions.

It seems to me that there may never be a "space culture" of dealing with death in the sense we have dances, songs, or rituals. Space is simply too large to try to force everyone to deal with death the same way. The "space culture" of death that I want to see gives space for the things outlined in the bullets above. This means a deep understanding and respect for different cultures and their traditions/rituals for dealing with death. It means each person will be aware of the grieving steps and welcome exactly where they are at in the process. "Space Culture" will be giving support to each other and giving space to both yourself and others for what each individual may need to cope with death. That is the Space Culture that will help give us life after death in space.

This was a hard topic to tackle in light of my very somber summer. I miss both my grandparents very much, even though I had a very short grieving process with both of them. I am so happy to know they are not suffering any longer and that helped guide me. I know I have some residual grief that I am examining right now and I am learning how I personally want to handle death. If we don't figure this out now, it could lead to a lot of pain later on as we experience death both in space and here on Earth.

7 thoughts on “Death in Space”