The first afternoon panel of the first day of the 7th annual Humans to Mars Summit (hosted by Explore Mars, Inc.) was all about the cool robotics we see on Mars. The proper title was International Mars Robotic Precursors which means the panelists came from all over the globe to discuss the only known planet fully inhabited by robots, i.e Mars. The moderator, Dr. Ellen Stofan, is the Director of the Smithsonian National Air and Space Museum, making her a great leader in this discussion. There were two other panelists, Dr. Lori Glaze (Director of NASA's Science Mission Directorate, Planetary Science Division) and Dr. Sanjay Vijendran (ESA, Lead Mars Sample Return). At the beginning of the talk, it was mentioned they intended to have another panelist from a Middle Eastern space agency that would have added to the international element, but the speaker was unfortunately unable to come due to extenuating circumstances. 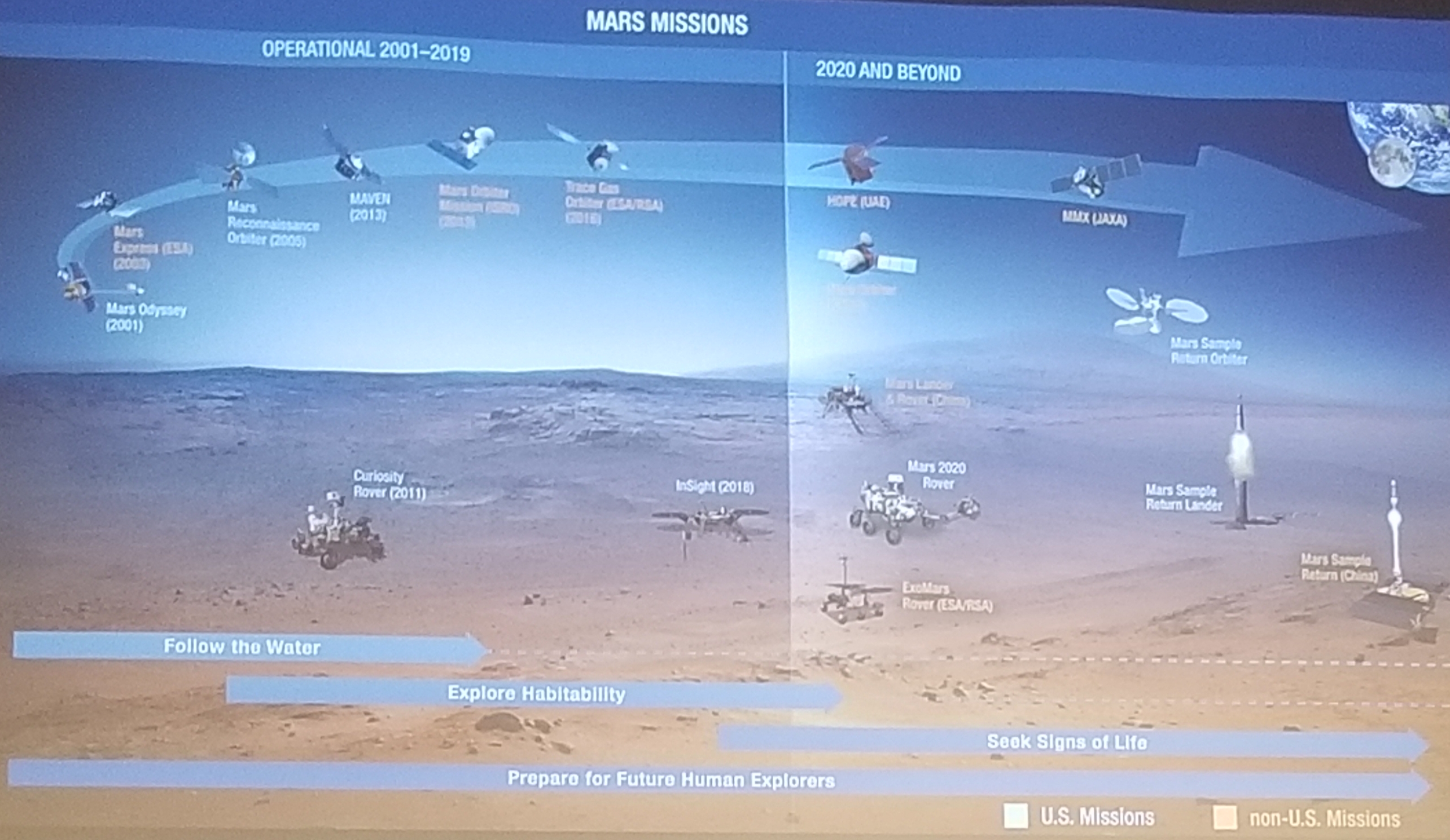 The panel began with a bang as everyone got straight to the point: Why are we sending robots to Mars? The unanimous answer was…”water!” We understand that water on Earth means life on Earth, so maybe that can be true for Mars too. The robotic missions that orbit Mars can help locate major ancient water points such as deltas, riverbeds, and even possible basins. Although they have long since dried up and been covered with the Martian regolith that has become a symbol of Mars, scientists are applying what they know from Earth’s water formations to what they can see on Mars using the orbital robotic missions. Along with the visualization, these specific robots can help track the water cycle of Mars and even identify patterns. And the land modules and rovers can explore these water hot spots for more information on the substance there and even begin peeling back evidence of life on Mars. And that is the number one reason we have such a high number of robotic missions on the red planet.

Stofan then began to move into the international side of the conversation. Glaze, working at NASA, reiterated the main goals of the agency; the US has plans to go to Mars and these robots are helping pave the way to do this. The Europe-based Vijendran offered more insight to the ideas coming from the other side of the pond for the American guests, stating that ESA shares similar goals to NASA with a focus on making the Moon 2024 movement a next step for Mars (and using robots to achieve both of these goals). This continued with a theme throughout the conference that this is not just a U.S. mission and NASA will be requiring help from friendly agencies such as ESA. The European Space Agency also hopes to play a large role in NASA’s 2020 Mars rover to recover 0.5 kg samples from the Martian surface and bring them home to analyze. ESA aims to assist in the “return-to-Earth” side of this mission, which could be the most difficult part of all. 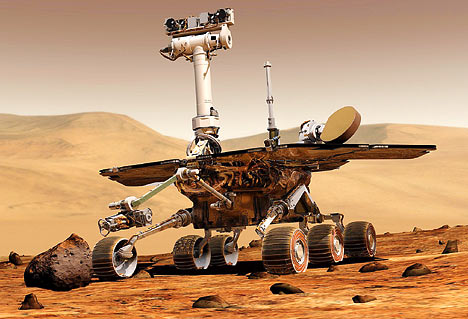 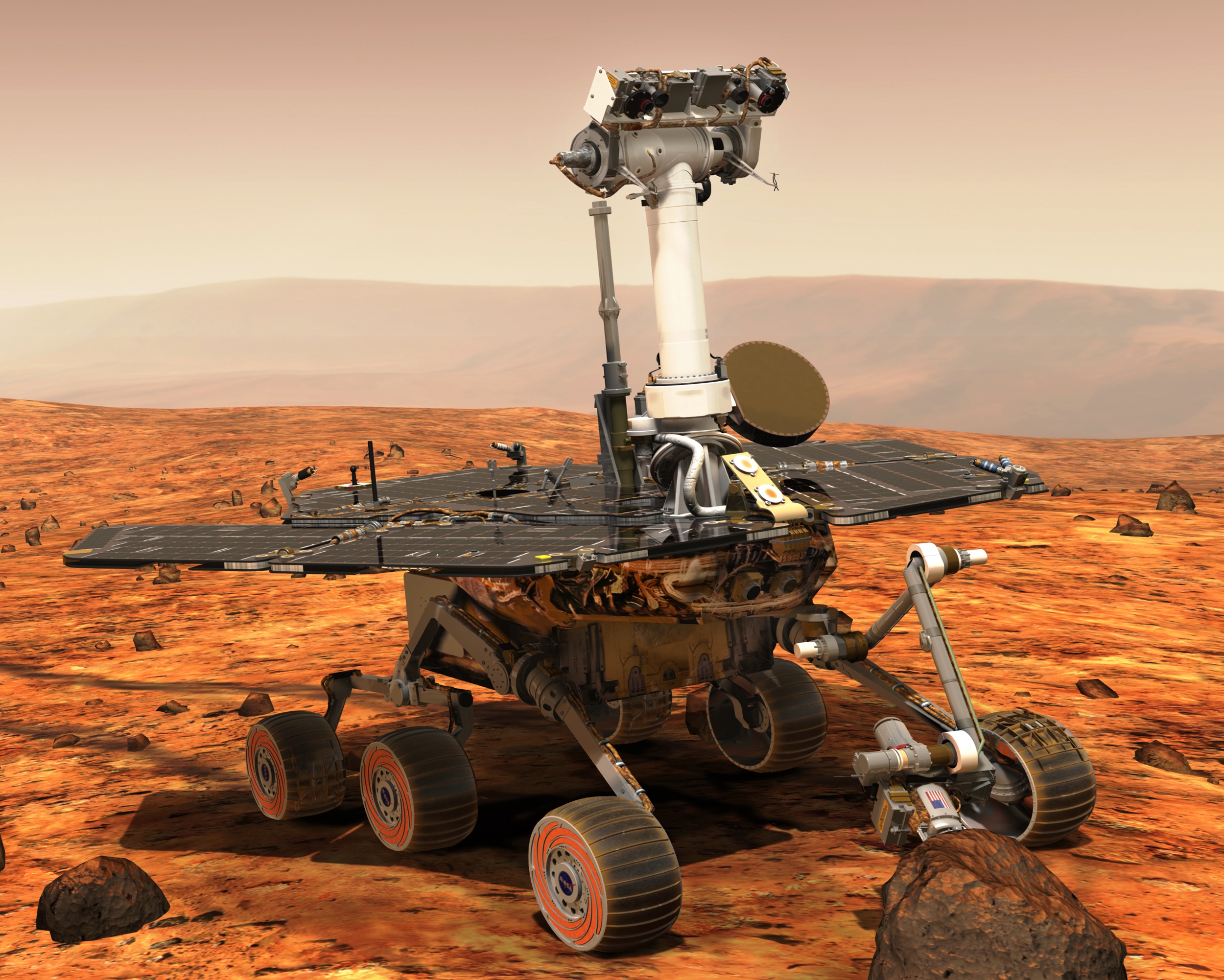 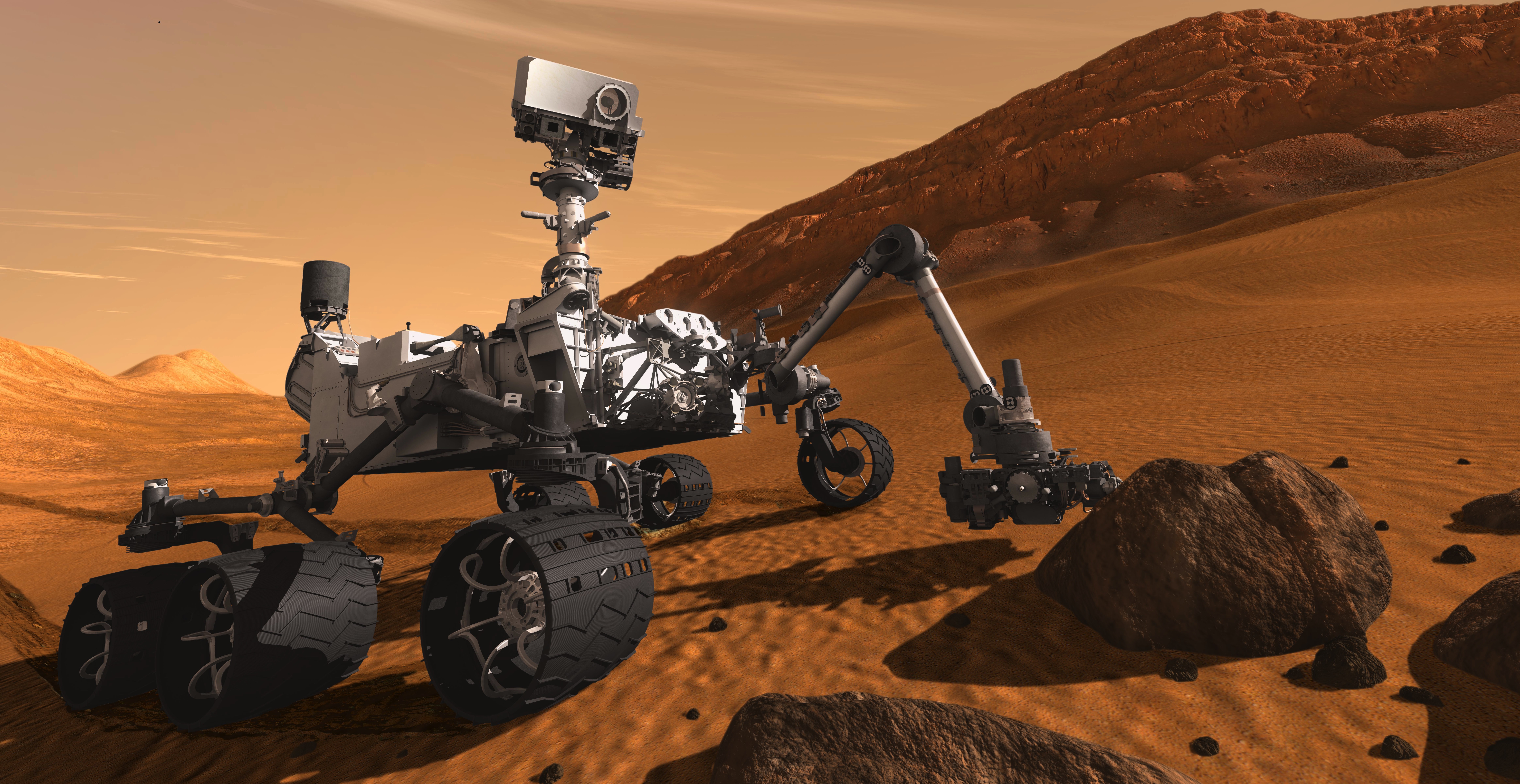 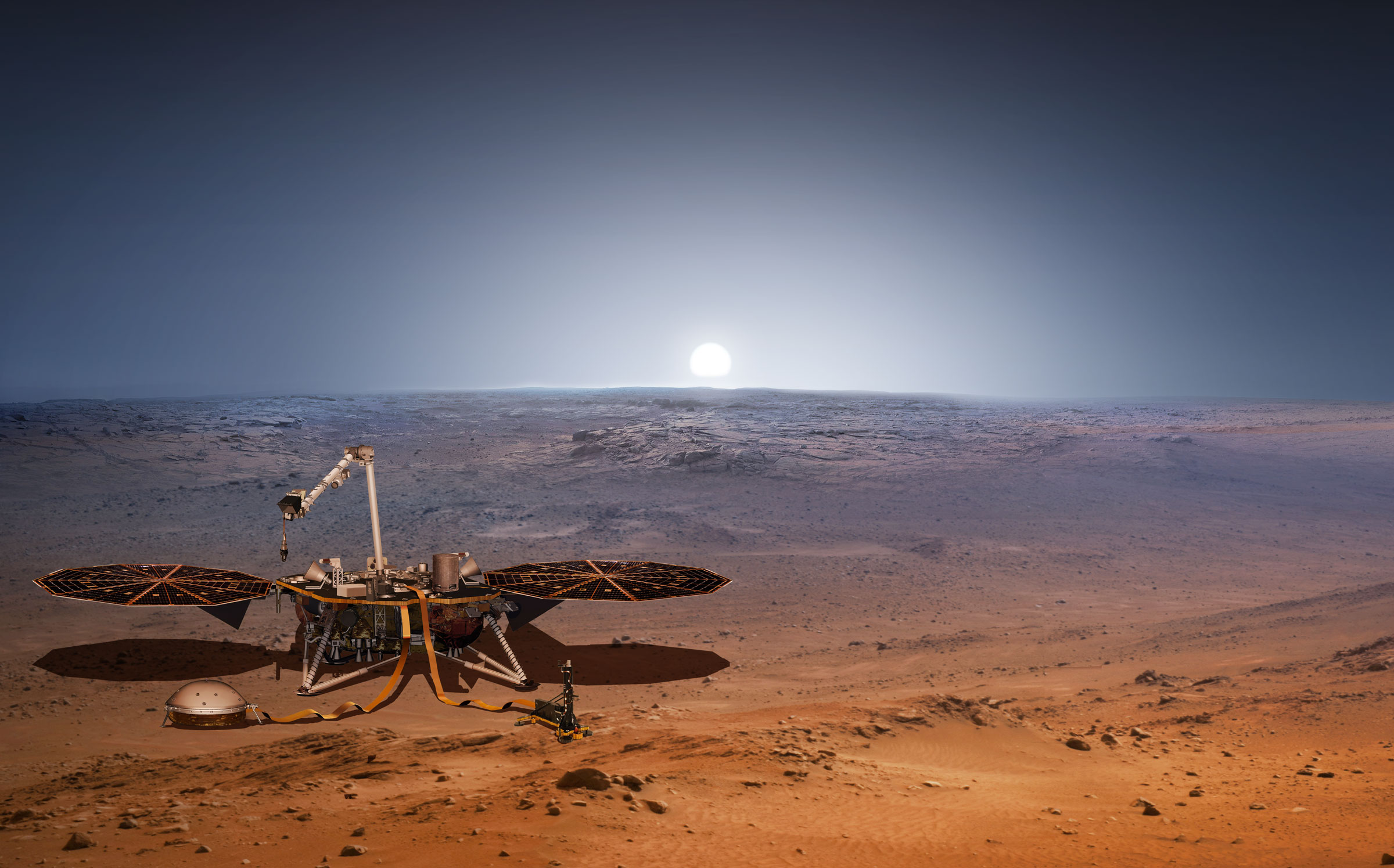 After briefly covering concerns of environmental hazards –NASA is focusing on mitigating human health hazards, terrestrial biosphere risks, and engineering system safety– the speakers briefly went over their current and future missions on Mars. The Curiosity rover stole much of the conversation and was spoken of with pride, but that sentiment was rivaled by the excitement for the new Mars 2020 rover. This rover will be going to a river delta from 4 million years ago to search for life.

The inevitable question of humans vs robots then surfaced. Glaze emphasized that this is not a “either/or” argument because the two should have a companionship. There is a certain passion and understanding that comes from the human eye (and other senses) that has not yet been replicated by robots. The panel then discussed the speed that comes from having humans do the mission. A three-day human lunar mission of “go pick up this Moon dirt” could take months, if not years, to get a robot programmed, tested, and deployed to do. Machines are good for highly technical or numerical analysis or precision, but some things are better off as a human-mission with robotic support.

The panel ended with an appropriate question from the audience, “What do robotic capabilities look like on the Moon?” The main reason for the 2024 lunar landing is to start getting areas set up to do a follow-up Martian landing, and that is no different for robots. With a focus on drilling and solar radiation research, these will be mainly commercial robots used by NASA, which will promote industry engagement for NASA’s Moon goals. The lunar robots are to be used to begin our understanding of what we need to go to Mars and what our robots need to join us.