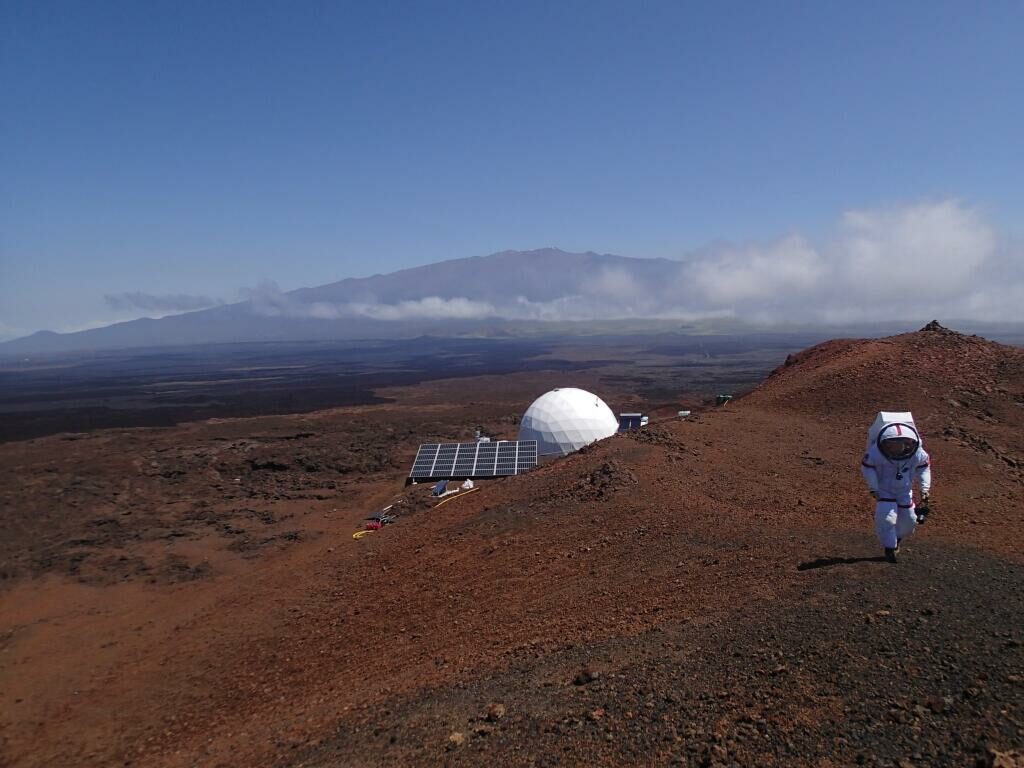 “Space is hard.” That is a very common phrase as humanity begins to creep closer and closer to the edge of our atmosphere. If space is hard, then Mars is equally as hard. And that issue was a major theme to the Humans to Mars Summit. The sole purpose of all these amazing space minds to come together and say “yes it is hard, but we are going to do it!”

One afternoon panel on Day Two touched on what we are doing to make space a little easier. Titled “Mars on Earth-Mars Analog Missions”, the panel had Artemis Westenberg as the moderator with members Kim Binsted, Jennifer Heldmann, Natalie Mary, and Julie Robinson. This all-female power panel focused on analog missions going on right here on Earth to give us insight on the struggles we might see in the coming years of human space exploration.

Analog missions are basically a replication of Mars (or lunar) conditions using human test subjects. The main purpose is to explore the logistics of deep space living such as habitat, missions, physical body monitoring (such as heart rate), and equipment. Another huge focus is the psychology of humans. This includes living in close, isolated quarters for long periods of time as well as team dynamics.

The major analog missions being discussed throughout this panel were a part of the HI-SEAS (Hawai’i Space Exploration Analog and Simulation) program, which utilizes the less paradise-like parts of Hawai’i to mimic conditions seen on Mars. Teams are taken to the makeshift habitats for four, eight, or twelve months at a time. They are then given various missions, experience gaps in communications, and can’t walk outside without proper space suits. As accurate a model of Mars living on Earth as one can get and a crucial step in the “Humans to Mars” movement.

When it comes to space exploration, there are five major areas of conflict for humans: altered gravity, hostile & closed environment, radiation, isolation & confinement, and distance from Earth. All five of those things will be issues when we get to Mars. But these analog missions will break down all these issues into bite-sized problems, allowing us to solve them one at a time.

While analog astronautics programs don’t have altered gravity, radiation, or signifcant distance from Earth, they  can focus on hostile, closed environments and isolation & confinement.  As commerical astronauts begin working on the International Space Station (ISS), they can possibly begin to test altered gravity, as well as radiation testing, and less Earth-like conditions. Then when we get to the Moon we will be able to incorporate radiation concerns. Finally, by the time we get to Mars, we will have those four areas studied, researched, analyzed, and hopefully solved. We can then focus on the greatest distance from earth humans have ever been. Analog missions are part of Step One and we will begin to take different issues on as we slowly and steadily make our way to the red planet.

different CO2 levels as humans start exploring a variety of surfaces. Their main focus is “exploring” which includes better mobility on climbing rocks, fixing rovers, kneeling or picking up objects, and so on.

The suits also aim to rely less on ground support, which is another tie into these analog missions. The more missions we have on earth, the more we can get used to not relying on ground support to solve astronaut issues when they are deep in space. And we can do that when lives are not being threatened. Then we take the crew, as well as the suits, to the stars.

Another major topic was technology in these analog missions. One of the major concepts of this summit that was reiterated in this panel is that robots and humans both need to go to Mars and work together. The rovers can be used in three places of a mission. First, before humans go out. This is to have a bit of recon work and plan out a schedule of where and when to go to interesting places. Second, rovers can join humans on these missions to carry tools, mitigate danger, and work to help make human time and energy more efficiently placed. Lastly, after humans have left the site, rovers can help clean up as well as stick around to help answer the inevitable questions that pop up after the analysis of information has begun. These analog missions will be the first stages of incorporating robots into human missions as well as smart technology. Humans in these missions simulate driving robotics on rough terrain and with the communication delay previously discussed. Smart technology being tested in these analog robots will help mitigate that ground control reliance discussed earlier as well.

Analog missions offer great insight into how we are going to do things on Mars. But they are significantly cheaper, safer, and more time-efficient than waiting for 2033 for our first test run. Focusing not just on the technologies that can help us, but also the psychology and logistics of the five main issues for space exploration, this panel outlined how these missions are a crucial step for our success in becoming multi-planetary species.