The 6th annual Colorado Aerospace Day was held at the Colorado State Capital on March 11, 2019. And I had a blast! The majority of the day was talking to fellow nerds. Booths were set up by big name companies and small firms alike, all interested in aerospace. There were also a lot of college programs present as well. Everyone had the overarching goal of getting others excited about aerospace. I loved networking and hearing about all the cool stuff that is going on in the industry. Remind me to do a post about Lucy… the amazing deep space program that Lockheed Martin is working on.

Back on topic! We had a brief amount of time with all the legislators and Governor Polis even stopped by for 15 minutes. I got to talk to a representative who was an aerospace engineer before his political career. It was really interesting to talk to him. We got a picture with everyone there (see below) and I got to be in front on account of my recent foot surgery. I guess there were some perks to such an annoying recovery time.

We then had a panel of five higher ups in the aerospace industry to discuss the importance of National Security in space. It was incredibly insightful to hear what the big guys are talking about. I think the topic that really caught my interest was how to handle the clearance process. It takes so long for even young college hires to get a security clearance and many of us are so over excited to go out and make a difference in the world, that nobody wants to be stuck waiting for a year to a year and a half. One point made was that all of the good talent is disappearing to industries that don’t require clearances and often times this includes moving out of state to do so. That means not only is the aerospace industry losing out on talent, but Colorado as a state is suffering as well. Because of where I am in my career, this resonated loudly to me. I believe we need to consider quickening the process (interims help with this), focus on keeping this young talent with other, equally meaningful projects and trainings, and really determining what is considered a national security issue or person of interest. Now I don’t know enough about the process to say exactly how to do this, but these were some ideas raised by the panel. They also discussed what would happen if Colorado is chosen as the home state to Space Command. And to me, that just makes sense. Between the multiple college programs, the growing industry, the military presences, and finally, the public excitement, we can really make a difference!

I am so excited to share this experience with you all. It was a truly amazing time and I met so many unique people. I talked to aerospace journalists, college students trying to figure out what to do after graduation, and leaders in the aerospace industry. I talked to large scale mission workers and small manufacturing and material companies that want to bring their talent to space. I talked to college professors and museum representatives. I highly recommend going next year (don’t worry I will let you know when to start getting excited). Even if you don’t know space, this is the place to start.

Quick thanks to Joe Rice and Stacey DeFore (picture below) putting this on and including me in so much of their conversations. They really care about everyone, even the small guys who are just starting out like me.

Aerospace Day 2019 got me all fired up about changing the industry again! We have so much to do and so little time… but more than enough space!

What do you all think? Where do we need to focus Colorado’s funding to help the Aerospace Industry? 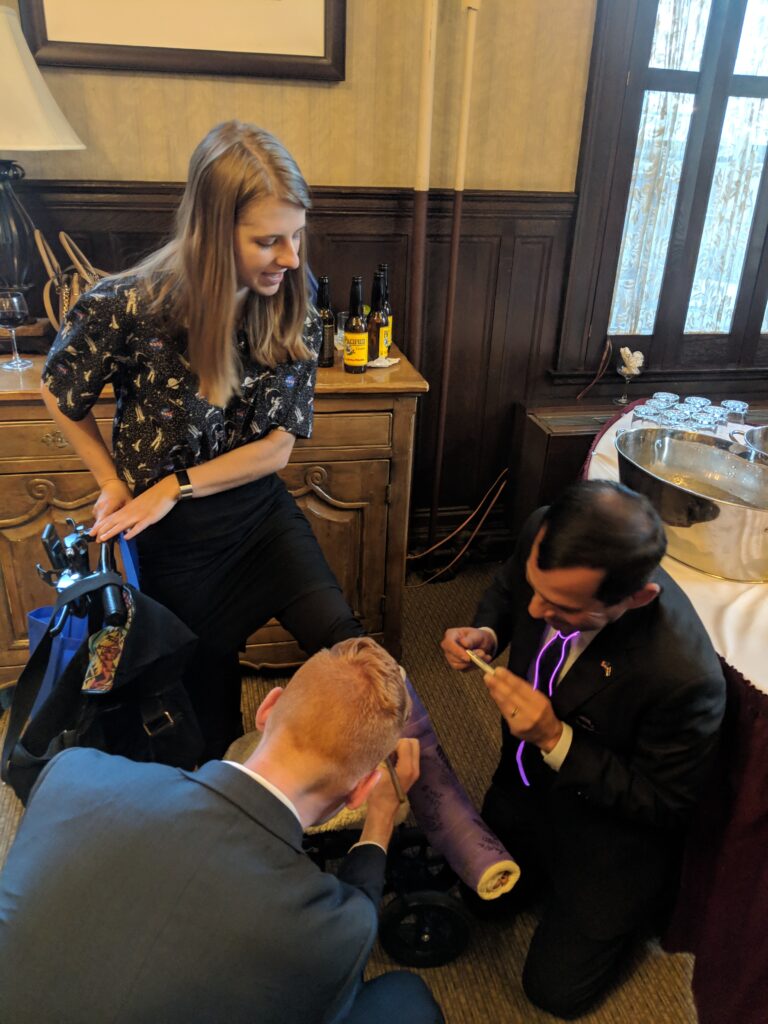 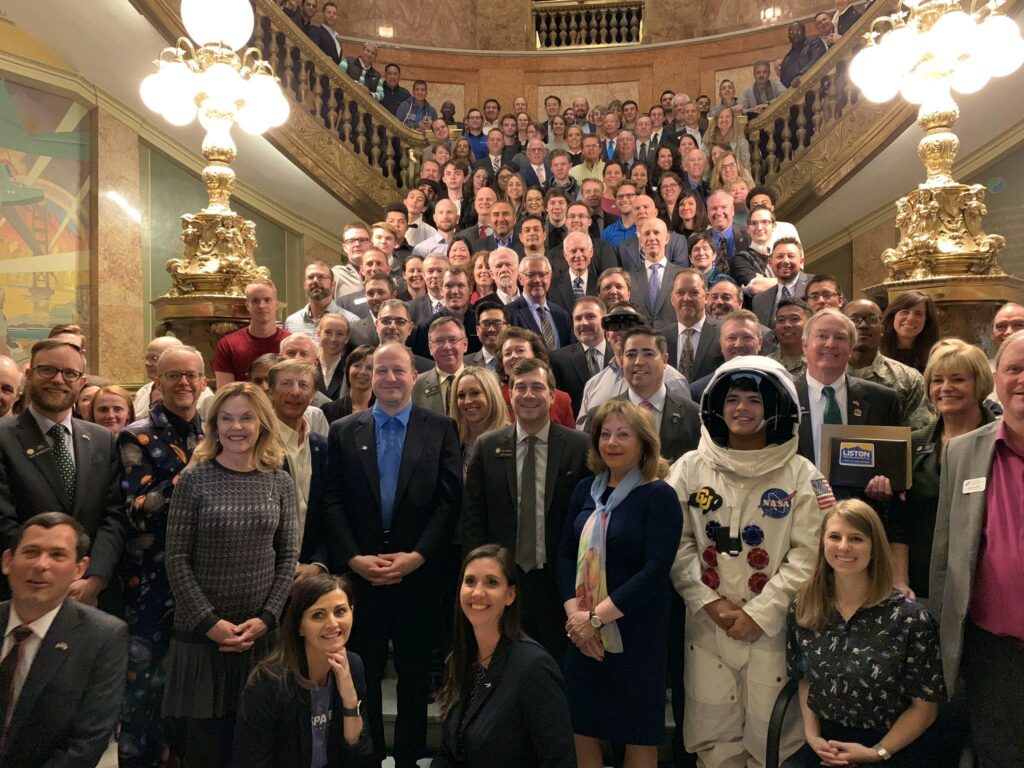 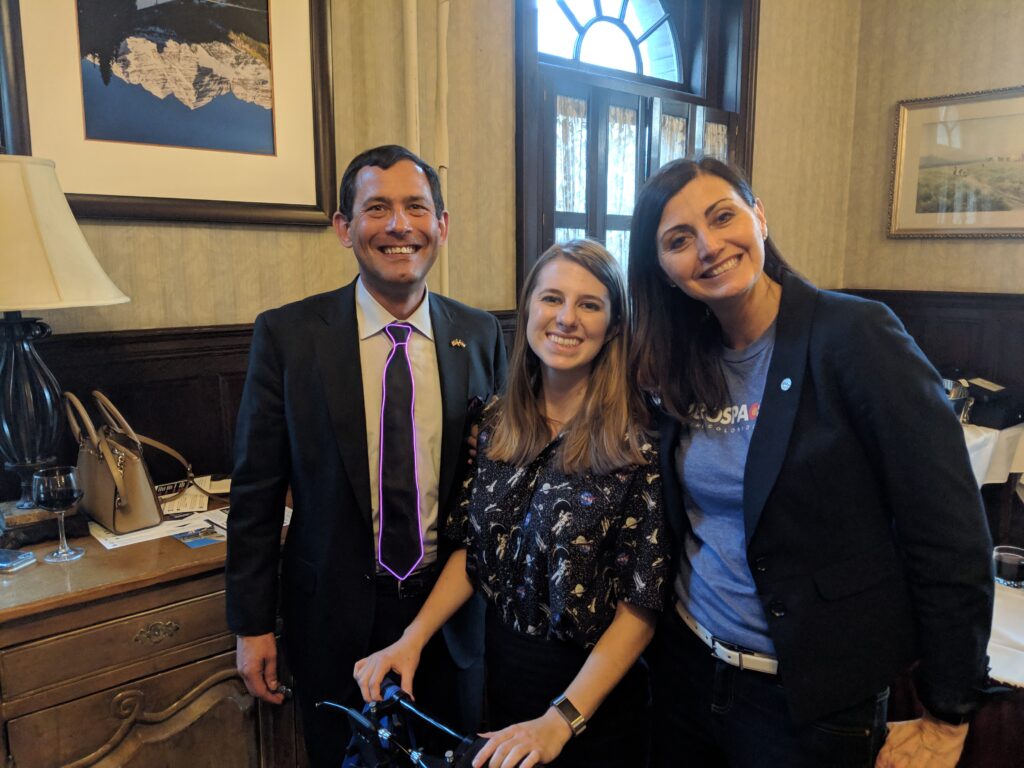